While raised beds are in trend now, they have been used to grow produce for centuries. Initially, they were created to deal with problems such as rocky or poor soil, poor drainage, no soil, soil compaction and erosion issue and was built primarily from wood. Today, you can find raised beds for sale in many practical materials in addition to wood such as plastic, concrete and stone.

You can also find raised beds for sale in different height, starting at about 15cm. As a rule of thumb, the more soil depth you provide for your plants, the more freely their roots will grow. More soil depth also keeps more moisture, which means less frequent watering will be necessary.

In addition to the problems that raised beds was able to deal in the past, modern raised beds offer many other benefits. They include. 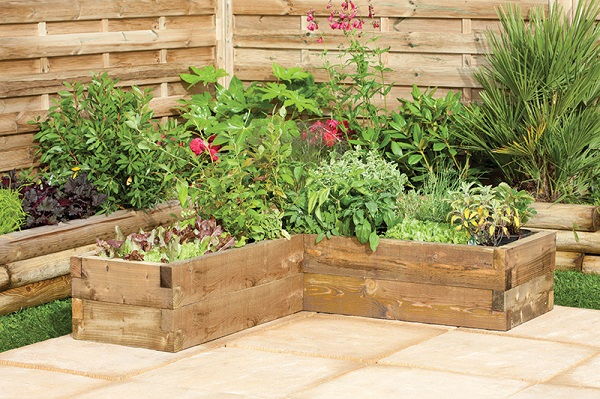 The soil within raised beds is usually of better quality than the soil find in row gardens. That is because it never gets stepped on, which avoids them from getting compacted. Plus, raised beds offer you the opportunity to use a better quality soil and to combine it with fertilizers and amendments. This represents a more affordable prospect as nothing gets wasted in the paths.

Raised beds are a perfect solution for soil that drains either too slowly or too quickly. Just the simple fact of being raised enhance drainage in clay soils. But the biggest advantage is that you can combine the soil according to your own specifications, producing a fine loam where sandy or clay soils prevails.

Raise beds lead a dense planting that makes weeding difficult. The walls of raised beds also tend to create at least a partial block to various blowing seeds. In cases when aggressive weeds are an issue, raised beds can be created on top of a layer of weed cloth, blocking roots entirely.

Some pests can also be controlled with easy in a raised bed. For example, you can block rodents below with metal screens and birds from above with row covers or netting. While regular gardens can also be covered, raised beds are smaller, making easier to cover it. Plus raised beds make difficult for slugs and snails to find their way toward them, and in case they make it, they can be easily located and removed.

If you have back problem, you will simply love a raised bed as it makes the whole difference between being able to gardening or not. Fixed raised beds build to the right height and width make it possible to garden even from a wheelchair.