There is a well-known saying that everything happens for a reason. Well, the main question here is what is that reason? Are there any signs that can help people predict what is going to happen in the future. The truth is that tragic events have always shaped and changed the history of humanity. The Harbinger by Jonathan Chan is a book that explores the reasons behind the tragic events that have influenced America as a nation especially since the disastrous 9/11 attacks. The book explores that themes of religion, mysterious prophecy and God’s warning signs that can manifest and predict the future of America. 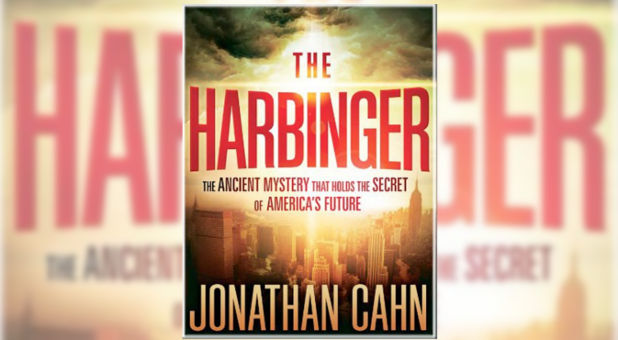 Before he turned to Christianity Jonathan Chan was raised as a Reform Jew for later to become an atheist and finally he decided to devout his life preaching about Christ and Christianity. As the president who leads Hope of the World ministers and senior pastor of the Jerusalem Centre/ Beth Israel in Wayne, New Jersey, Chan is well-known for his teachings that discuss and uncover the hidden mysteries and messages that God is sending to his believers. Chan is also the person who leads the Jerusalem Center which represents one of world’s biggest Messianic Worship centres.

In his book The Harbinger Chan speaks about the prophetic signs that can reveal what the future holds for the American nation. The story begins with a journalist called Nourei Kaplan who begins to receive different seals from an intriguing and mysterious person who is simply identified as “The Prophet”. The book consists of three characters and besides Kaplan and The Prophet the third figure in the story is Ana Goren who is a publishing executive in Manhattan. She is the one with whom Kaplan talks about his encounters and conversations with The Prophet.

The main focus of the story are the nine seals which Kpalan receives form The Prophet. Originating from 8th century BC Israel, Chan argues that the seals express the prophecy of Isaiah 9:10. With this that author reveals that just as Israel received specific warning signs from God that revealed inevitable judgement, America is now also faced with similar warnings. As the story progresses the mystery behind each specific seal is relieved and every prophetic messages becomes part of a big puzzle that once solved can uncover the future of America. The primary message behind the whole story is that America as a nation should pay attention to all the prophetic warnings. The book argues that the best way the nation can respond to this warring signs is to repent and return to the founding principles on which the country was initially build.